He entered the first class compartment with me in Casablanca and sat in the other window seat directly across from me.  He was traveling to see his parents in Fes for the start of Ramadan.   He asked where I was from, where I have been in Morocco, then where I was staying in Fes.  When I told him I had been in Tata, he said “Tourists never go to Tata”.   I replied, “But Omar, I am a traveler, not a tourist” and he immediately understood alot about me.

I described my hurried morning to catch the train and that I had not yet arranged lodging in Fes.  With a huge grin, he replied, “Today is your lucky day; I work at the information desk at the airport in Casa and I have many good friends in Fes.  I was raised there”.  He then made a few calls (all I understood of his conversations was the word American) then he told me about his friend Michelle.

Omar had a taxi waiting for me at the Fes station and he then invited me to dinner with him and his parents tomorow night.  We shook hands, then he disappeared.  Like that,  I was into the taxi and off to meet Michelle.   I put my bags in the trunk of Michelle’s 2012 Mercedes and we sped off to a hotel used by the Arab American language school where Michelle volunteers once a year teaching Arabic to english speakers.

Wityhin 10 minutes I was checked into the hotel for two nights and received a special discount for $18.00 a night.  Then back into the MB and off to eat.  Michelle was concerned about me since all I had to eat all day was 2 bananas, a piece of swiss cheese and some walnuts – train food on the 8 hour ride from Marrakech to Fes. 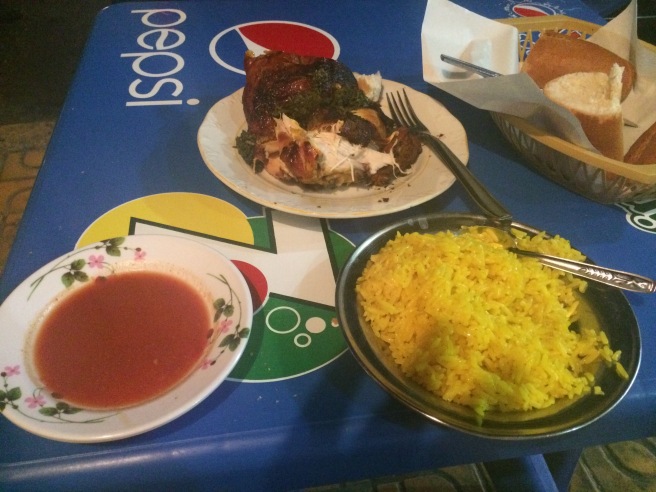 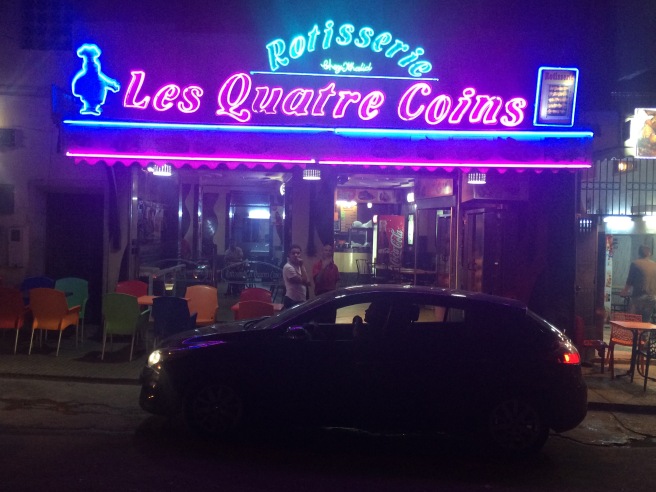 After my dinner, which he refused my insistance to pay, we were off for an espresso.  I passed on a desert, but took pics. 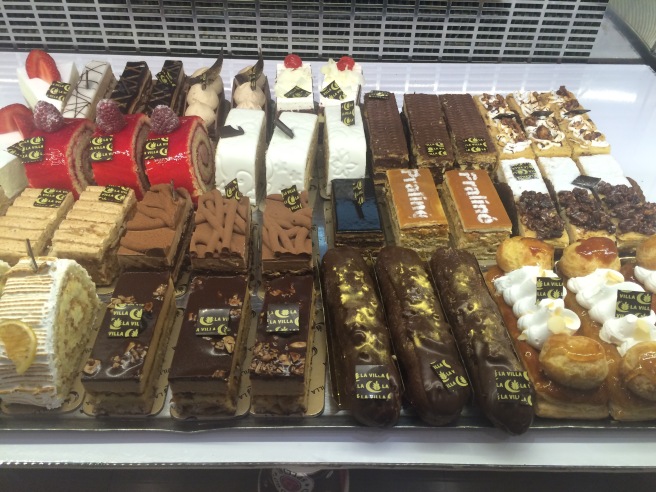 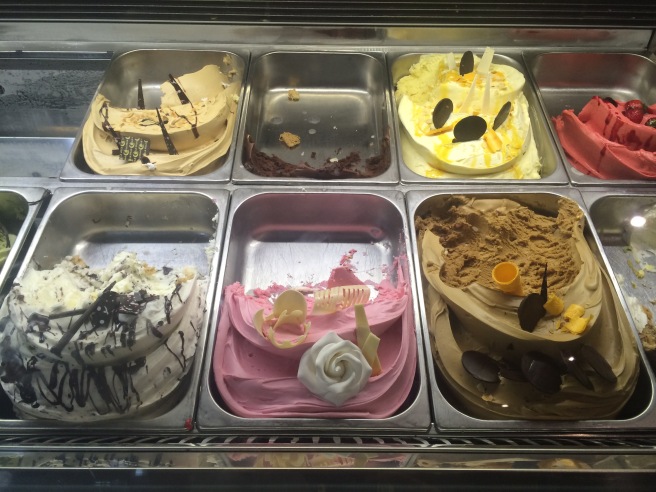 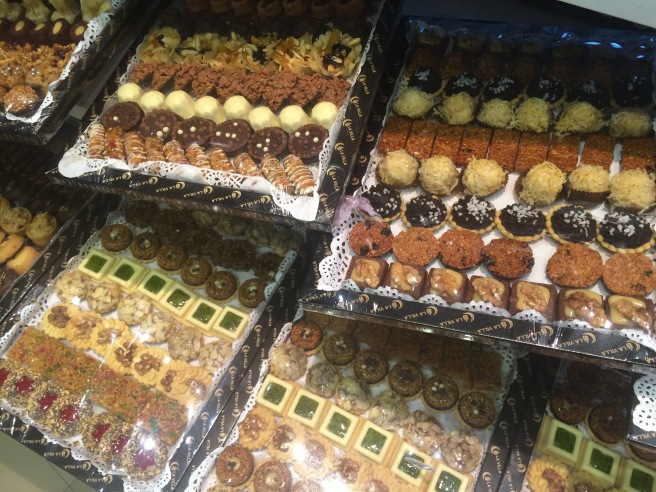 The son of an Ambassador to Switzerland with a ME in Architectual Engineering, he has been all around the world in consultation to UNESCO at World Heritage Sites. Places like Machu Pichu and Angkor Wat.  Educated in Switzerland, he speaks Arabic, English, Spanish and French.  He worked and lived in Manhattan for three years and was engaged to an American attorney.  He is single, in his late 30’s and lives in Zurich.  He is Lebanese.

We connected instantly and had a wonderful but brief evening making each other laugh.  It was like I had known him for several years.  When he dropped me off at the hotel, he said “I will pick you up at 8:30 AM”.  I asked where we were going.  He replied, “Surprise”.

So, I must now end my day.  Time to hit the bed.  Now 1:07 AM after a long day.  An interesting and exciting day of travel.  Will rise early and see what Michelle has planned.   Somehow, I think we will go see the house (probably not the right term) where for the last three years he has had up to 120 craftsmen from Fes working on a remodeling effort.

Omar called it a mansion.

Tomorrow will be fun, inshallah. 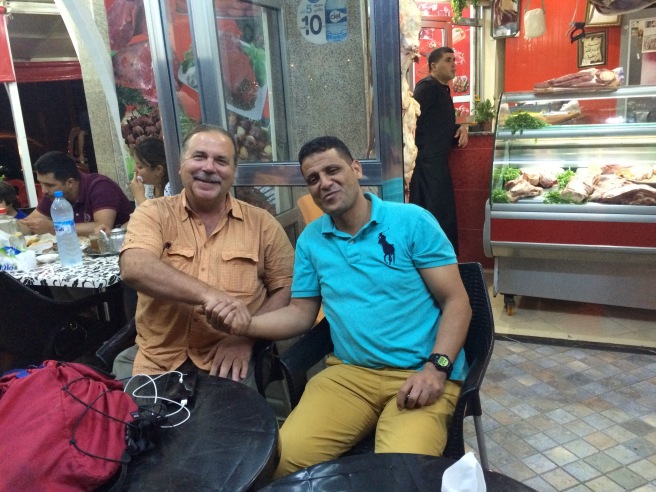 2 thoughts on “A Man Named Omar”