Abdoul met me 15 minutes after I called him this morning.  He said shiping locations were closed today, so my ishallah regarding shipping yesterday did not work.

Plan B.  Rent a car and take a road trip.   Escape the city and head for the mountains and the desert.

Guided tours run about $120 per day + dinner + tips.  Easily $150.00 a day, sitting in a bus, van or a 4WD with people you do not know,speaking languages you do not understand and stopping when the guide gets some baksheesh.

A bus load of Japanese were reboarding their bus, luckily, when I stopped at at Berber rest stop for a beer.  It was one of the few bar signs I saw all day.  Had a Casablanca for 40 Dirham.  The Berbers were proud of their beer.

Traffic in Marakesch was a nightmare until I was about 10 kilometers away from Marakesch.  Then up and into the Atlas Mountains.  Top of the pass was just over 7000 feet and it was comfortably cool.  Lots of road work from either a new road or a landslide.  You could tell that when it rained, it poured and there was serious flooding that would block the road in dozens of places with rock and water several feet deep.  Reminded me of the Baja and Death Valley.  Deserts that get heavy rainfall.  When it rains, it pours.  The road would be impassable and covered with feet of water and rock during rainstorms.

Bought two geodes.  Berber men and boys were selling geodes along the roadside in the middle of nowhere and there were many roadside stands selling them.  When a man about 50 years old shook hands with me after my purchase, his hand felt as rough as the geode I just bought.  He literally begged me to buy it from him for 50 Durham.

Only saw one carpet shop, but did not stop.

For those interested in the package tours, I found this online:

You are headed to the African nation of Morocco. Your Moroccan tour operator has told you about visiting Berber villages. You have heard all about the Berber craftsmen, their knowledge of the land, some of their indestructible history and maybe a bit more. Or perhaps you’ve never heard of them at all. Just who are these Berber people? A Moroccan pre-Arab culture has ruled unperturbed and unconquered for hundreds of years. Let’s take a look at this amazing people.

Believe it or not, Berber history goes back to prehistoric times. They’ve been around for at least 4000 years or maybe more. Calling themselves Amazigh, the proud raiders, they fought against the Romans, Arab, and French invaders. Even though the Romans and others have tried to colonize the Berber people, they have managed to preserve their own language and culture and in reality were never beaten!

Berber language is primarily oral in nature, although they have had their own writing system for more than 2500 years. Sometimes hard to find, the writing can be seen catalogued in the small museums throughout the south.

A light skinned people, they have been called by many names: Libyans by the ancient Greeks, Numbians, and Africans by the Romans and Moors by medieval Europe. In fact, it was the Arabs who came up with the Berber name. Islam came to the Berbers in the ninth and tenth centuries. Prior to then, most Berbers across Africa were Christian or Jewish. Two great Islamic Berber dynasties, Almoravids and Almohads, ruled large parts of Spain and northwest Africa.

Today, most of the twenty-seven million Moroccans are either Berbers, Arabs, or Moors (people of Berber/Arab decent). Their ancestors became the Almoravids and Almohads that built the mighty Moorish empire that ruled Spain, Portugal and Northern African.

Most of today’s Berbers live in the mountains of Morocco while the Arabs and Moors live in the cities, though it is very common these days to see Berbers running, owning and operating small shops and other commerce endeavors.

The west has characterized Berbers as nomads using camels to cross the Sahara desert. Most today are farmers of the mountains and valleys in Morocco. They were traders in the earlier days. Berber’s long recorded influence affected commerce by establishing trading routes between the West African and the Sub-Saharan region. They transported goods from beyond the Sahara desert to the Northern Moroccan cities. Merchants were considered in a higher class than the farmers, however, through history the roles have mostly been reversed.

Different tribes of Berbers inhabit different regions in Morocco. Drawa Berbers are found in the Draa Valley. The Dades live in the North East, The Mesgita, Seddrat and Zeri tribes are along the rives of the North West. Moroccan Rif region is home to the Ghomara.

Talk to your Moroccan tour guide and operator and find your self on a vacation of your dreams. A Moroccan adventure will take you from the modern cities on the coast to Berber villages high in the Atlas or Rif Mountains.
You can go trekking or visit during one of the many festivals to see age-old Berber customs being practiced in today’s world. Stay in a modern riad or an ancient Kasbah. It matters not where you go in this magical land as you will find the adventure of a life time. You can customize your tour to suit your interests and needs. Book your Morocco tour and begin your adventure today

After researching car rental prices and reading a few blogs and the US State Department webpages on Morocco, I chose a self guided tour over a package tour. 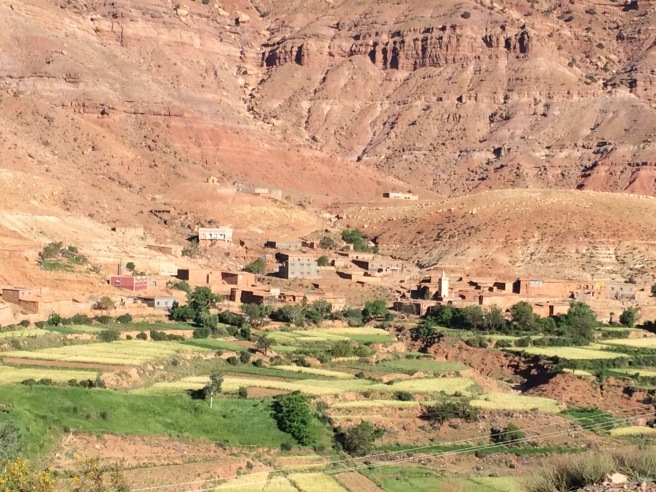 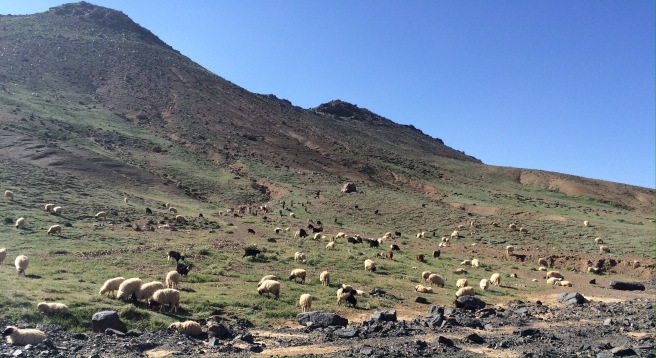